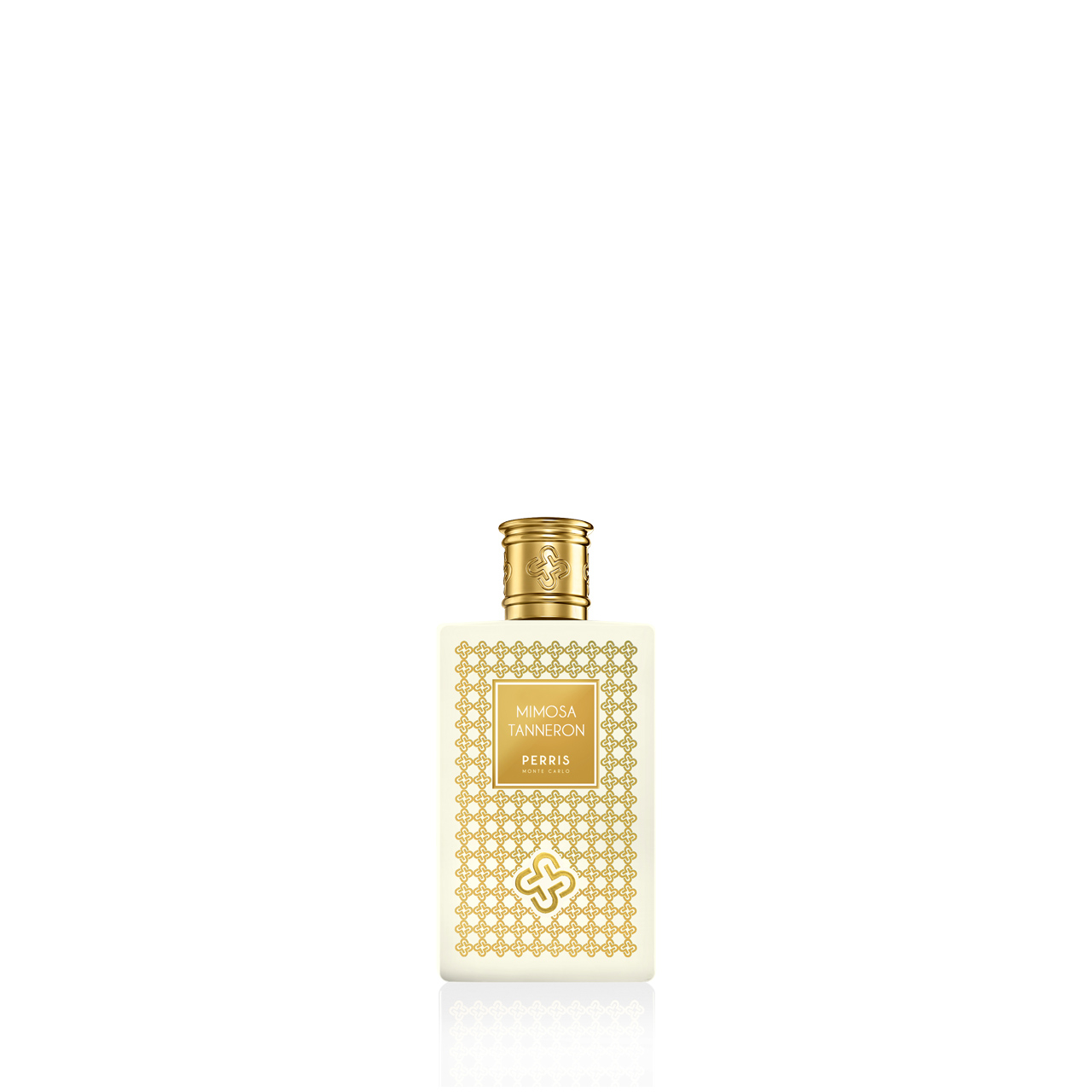 Mimosa Tanneron can be described, in the words of Jean Claude Ellena, as an ode to tenderness, sweetness and the emotions linked to a blossoming love.
“... I brought them to Tanneron, on the other side of the moor, on a day with strong wind and vibrant sun. The road crosses the sky in the middle of an opulent landscape with slopes disappearing below the mimosas. I went back home with yellow spots dancing in front of my eyes and a whirl of light inside me. ” (Albert Camus et Maria Casarès, Correspondances, Gallimard 2018) Mimosa trees arrived in Provence at the middle of the XIX century. It blossomed on the top of the trees around Hyde Park and the Cristal Palace and a British family asked to plant this elegant tree on the French Riviera where they would spend the winter months. The demand for mimosa flowers grew so much that they were planted in Tanneron. The extrac of mimosa appeared for the first time in perfumery in the 40s and since its arrival it is often found in the most famous and pestigious compositions.