Stora Skuggan - THUMBSUCKER - Eau de Parfum
Thumbsucker eau de parfum is inspired by the reason why children still suck their thumbs today according to ancient mythology. A welcoming, honey nuance reveals a greedy heart of cherry and violet, while the base notes are a captivating mix of cedarwood, bitter almond, styrax balm and beewax.
An ancient king named Yuvanaswa had great wealth, good fortune and many wives. But no children, which he wanted more than anything. So the holy sage Bhrigu agreed to help prepare a magic potion for the king, and Yuvanaswa, being a very devout man, arranged a great ritual to please the gods. The ritual went on for several days, by the end Yuvanaswa was exhausted and very thirsty and as he stumbled around he came across a beautiful pitcher of water and drank all of it. PLOT TWIST. The pitcher was the magic potion prepared by the great sages, intended for the Queen.So, obviously, the king himself got pregnant. Luckily for Yuvanaswa, he was held in high regard by the holy powers. And when his pregnancy came to term, the seven great sages and even the King of Gods, Indra, joined him and cut a hole in the king’s thigh to deliver the baby boy. But a new problem arose; the king could not breastfeed his child. Indra slit his thumb, and because he was a god, his veins were filled with life-giving nectar instead of blood. So he let the boy suck his thumb and he proclaimed “Mandhata”, and that was the name of the new king, who would conquer all of the earth. And that’s why babies, being born with the memory of their divine ancestors, still suck their thumbs. 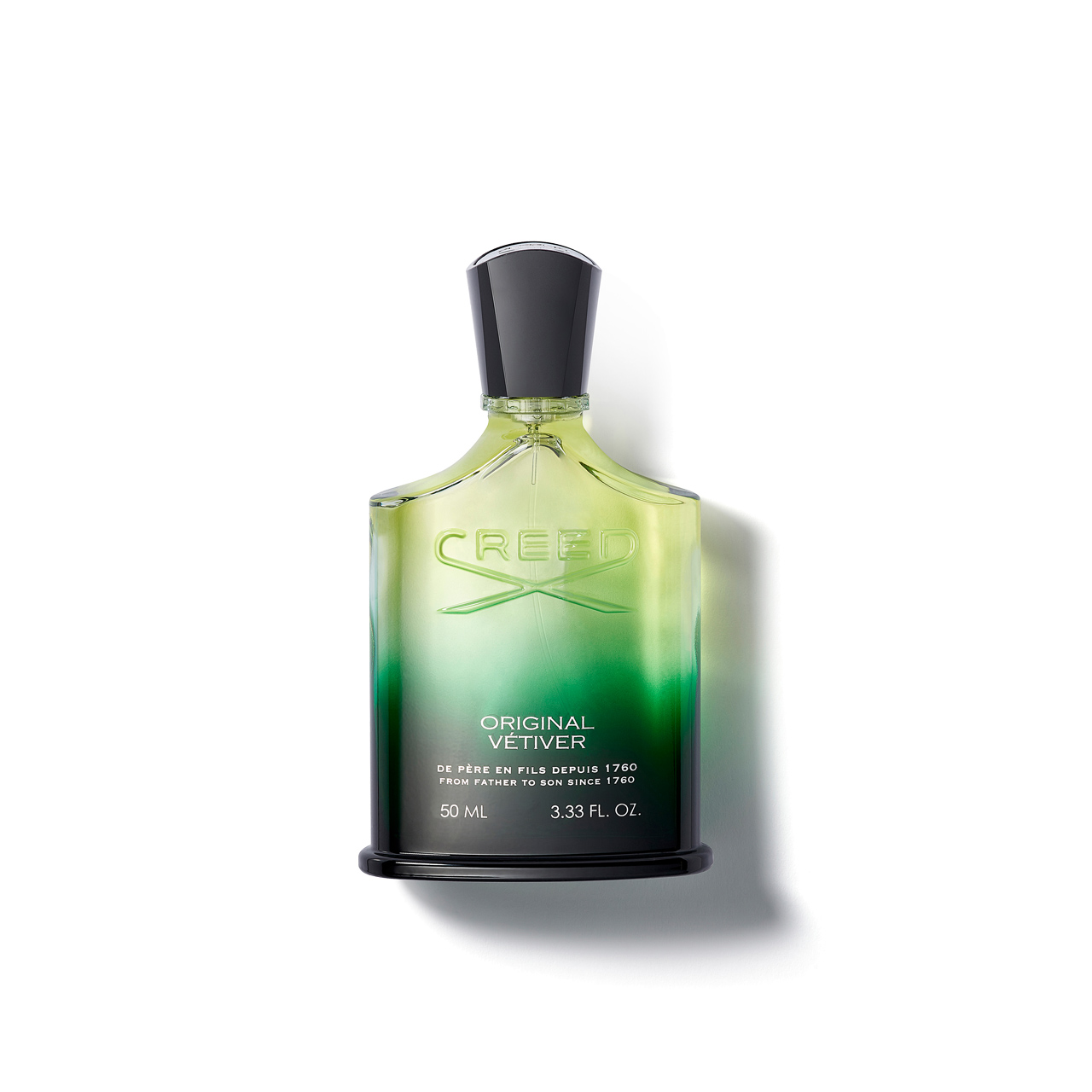 Creed - Original Vetiver - Millesimein Original Vetiver the warm, sensual whiff of vetiver and oriental wood become fresh and sparkling thanks to the wise use of harmonious citrus notes. The top notes of mandarin, bitter orange and bergamot are the prelude to the spicy, slightly mysterious essence, leading to a green, woody heart with a warm touch, to then slide into an exotic-floral enchantment brought by warm, sensual base notes. Creed's signature is clearly perceptible in the end, based on musk and ambergris, which make this four-handed sonata unmistakable and unforgettable. 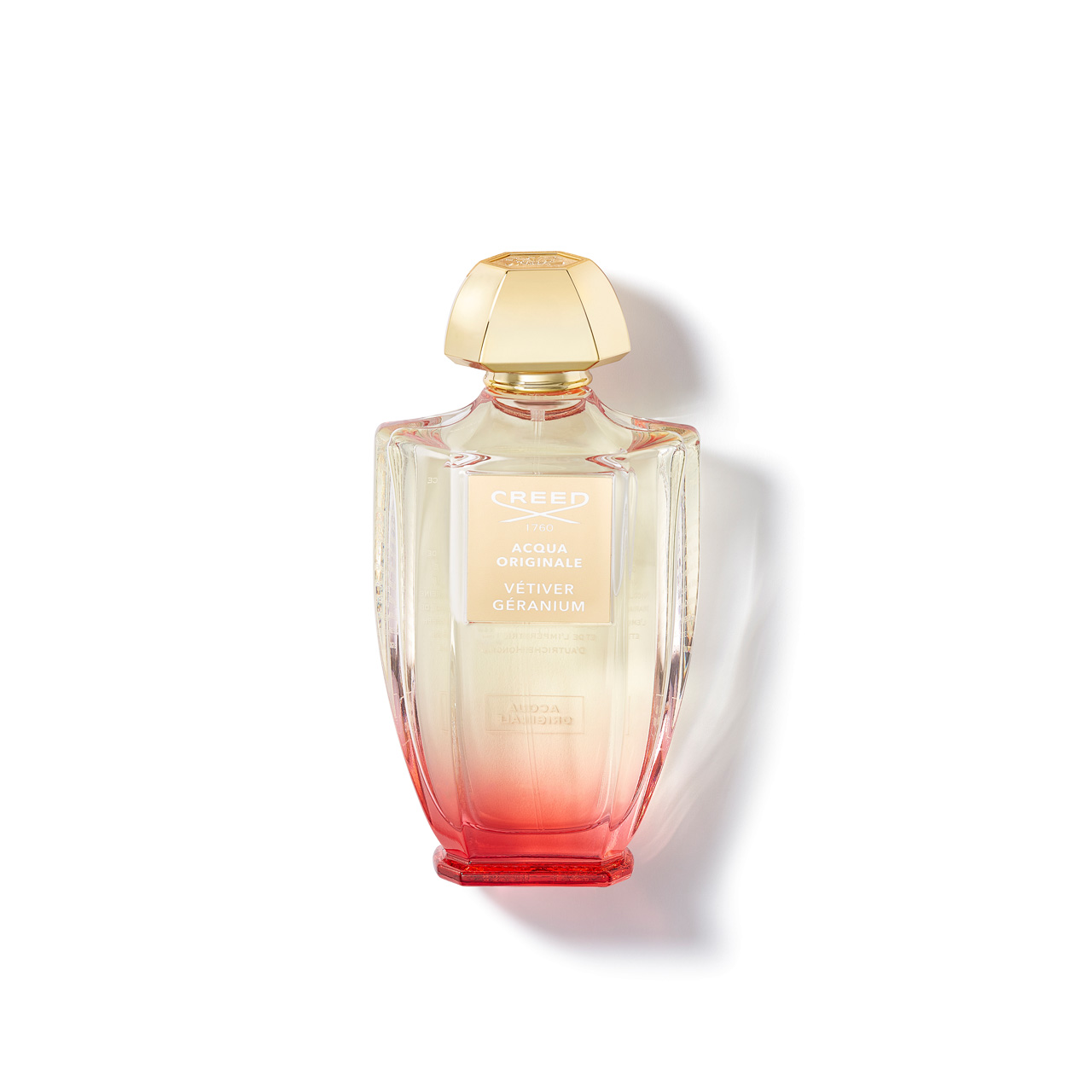 Creed - Vetiver Geranium - Acqua Originale - Eau de ParfumWarm and earthy from the vetiver, flooded with green from the geranium's herbaceous nuances. Deep and decisive, it retains a luminous character thanks to the delicate gourmand apple cues flavored with lemon and bergamot. The subtly sour patchouli and cinnamon, pungent and sweet at the same time, spread a mysterious charm. 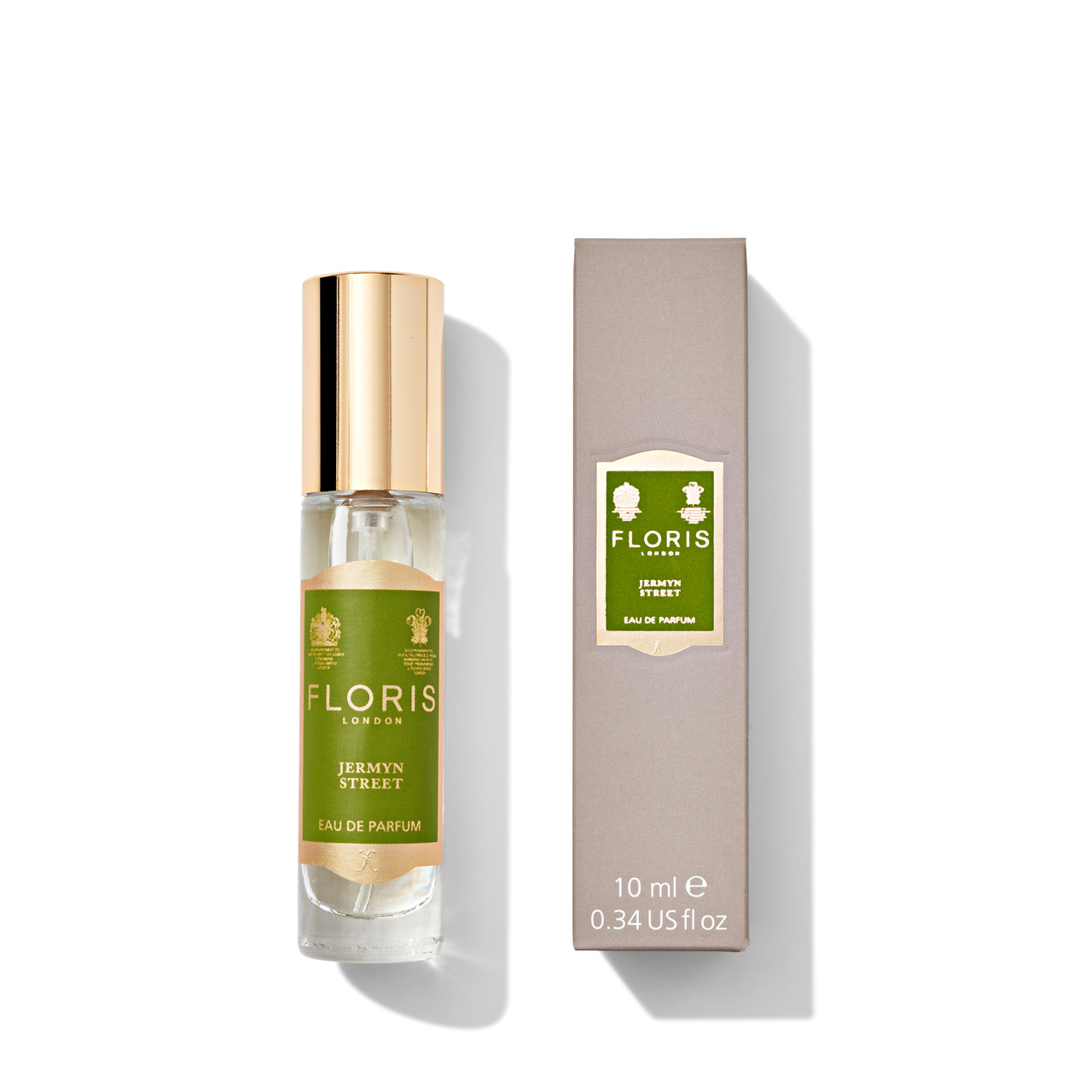 Floris - Jermyn Street - Eau de Parfum - Private CollectionClassic and modern at the same time, Jermyn Street makes its debut with a whiplash of citrus and green notes combined with a persistent, intense, virile vetiver that pervades it from its first hints to the base notes. The whole is supported by a heart of juniper and a surprising contemporary splash of coriander, softened by amber, cedar wood and musk. 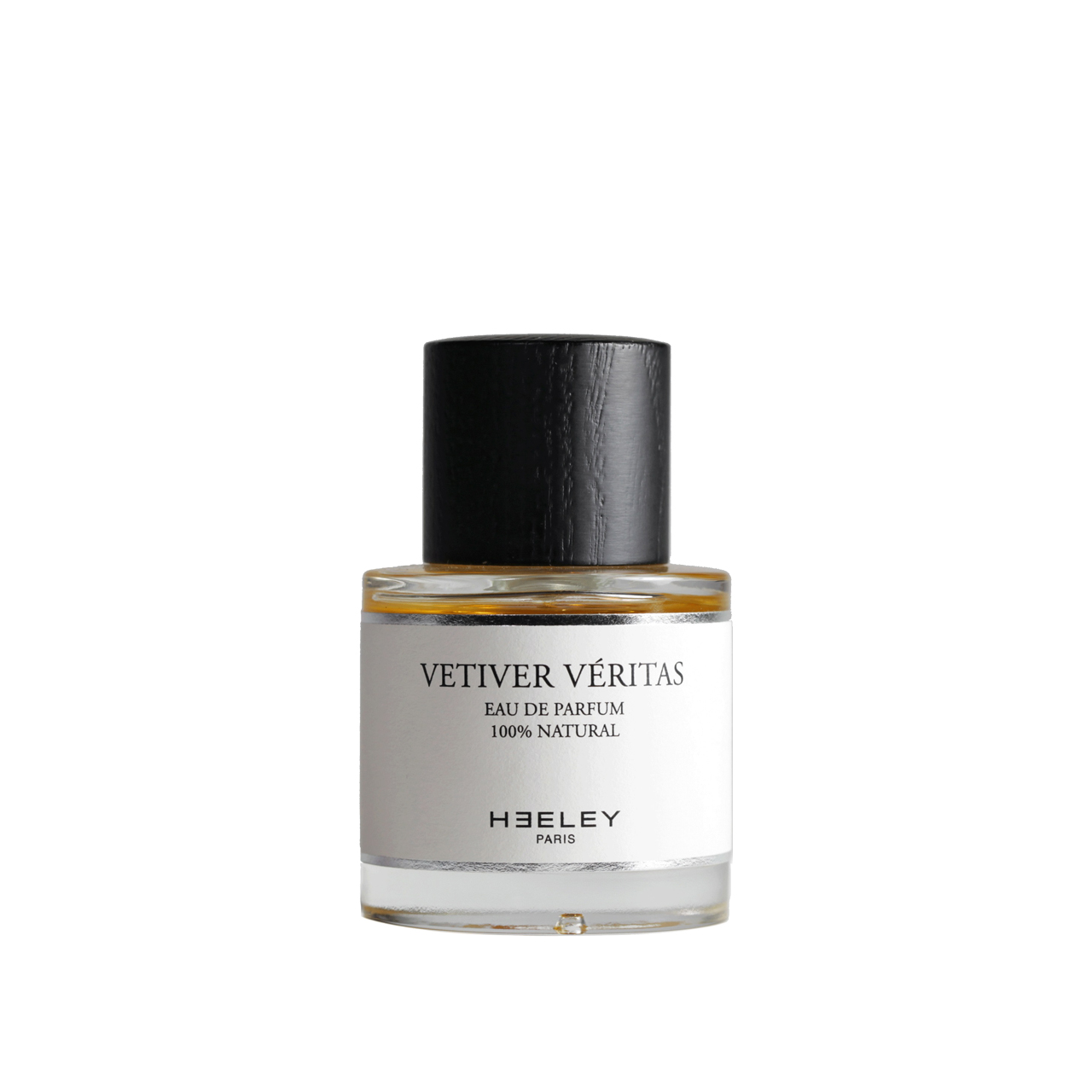 Heeley - Vetiver Veritas - Eau de ParfumVetiver Veritas opens with a dry green note of lavender contrasted by a lively and vital mint. In its heart, the Haitian vetiver releases hints of dry grass and clean earth. A surprise in the base, with the soft freshness of grapefruit that seems to be coming out of nowhere. 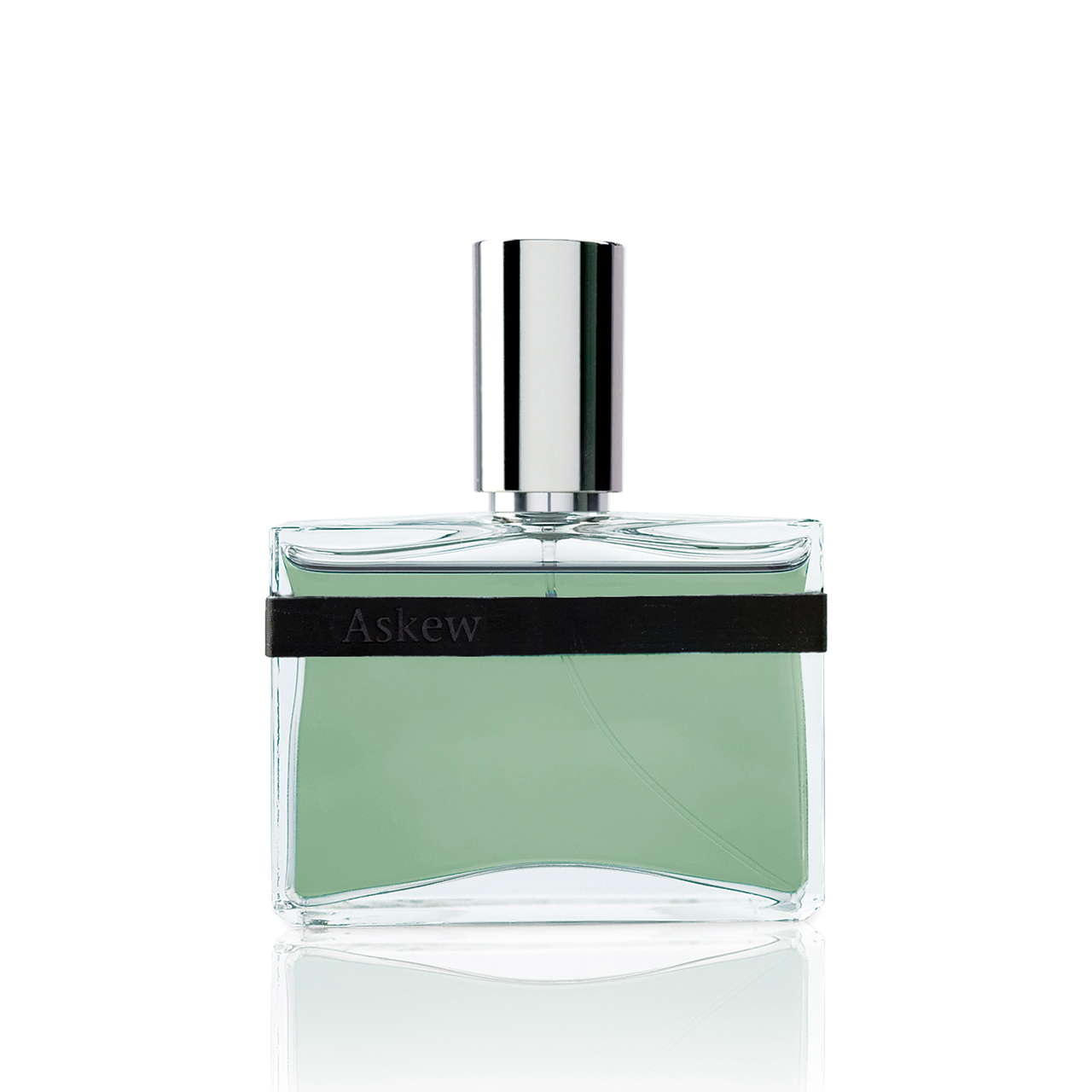 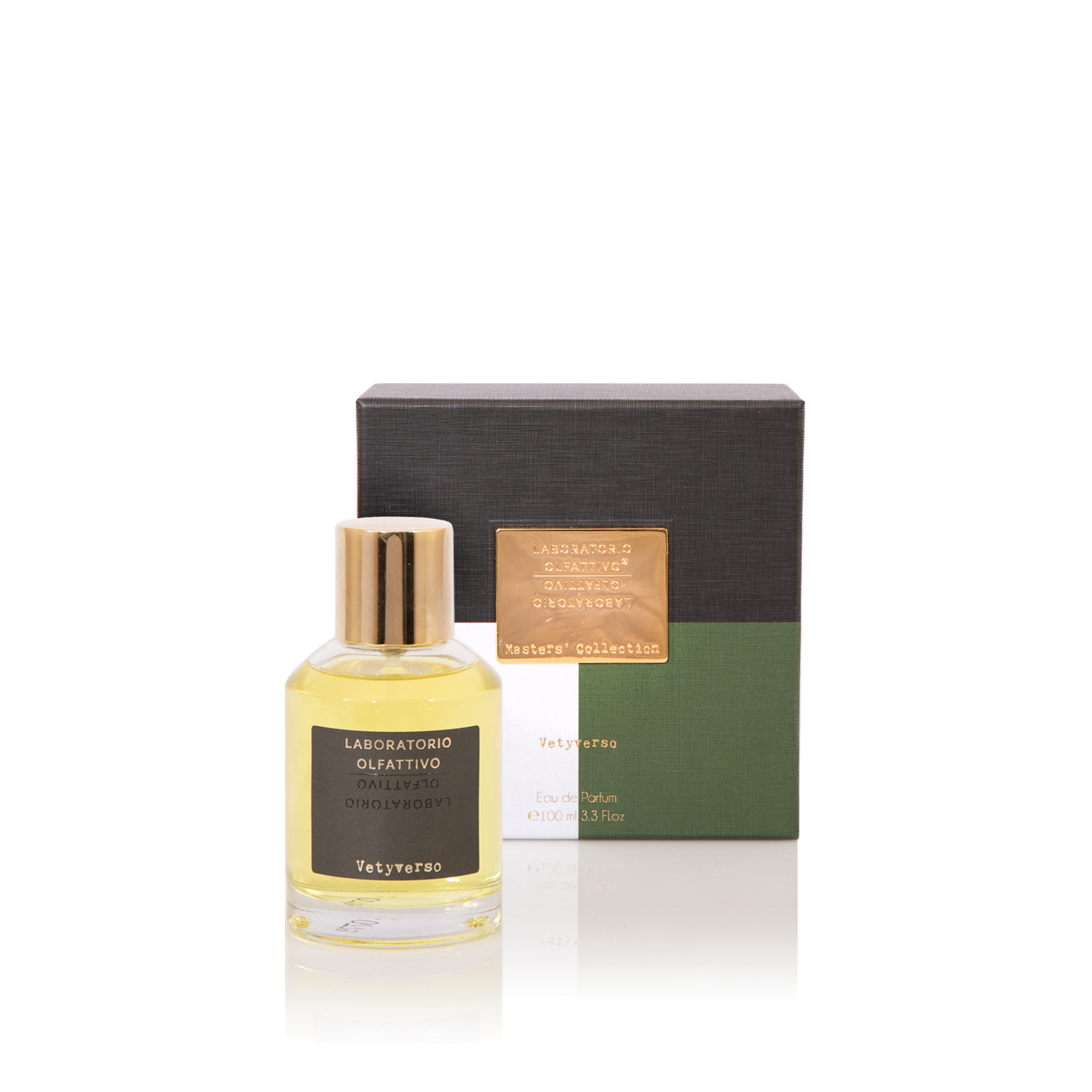 Laboratorio Olfattivo - Vetyverso - Eau de ParfumVetyverso eau de parfum is an ode to the noble root of vetiver. The green and simultaeously woody character of this precious ingredient is brightened by citrus fruit scents and made bubbly by spicy notes of nutmeg, black pepper and pink pepper.

For orders received after December 15, delivery by Christmas is not guaranteed