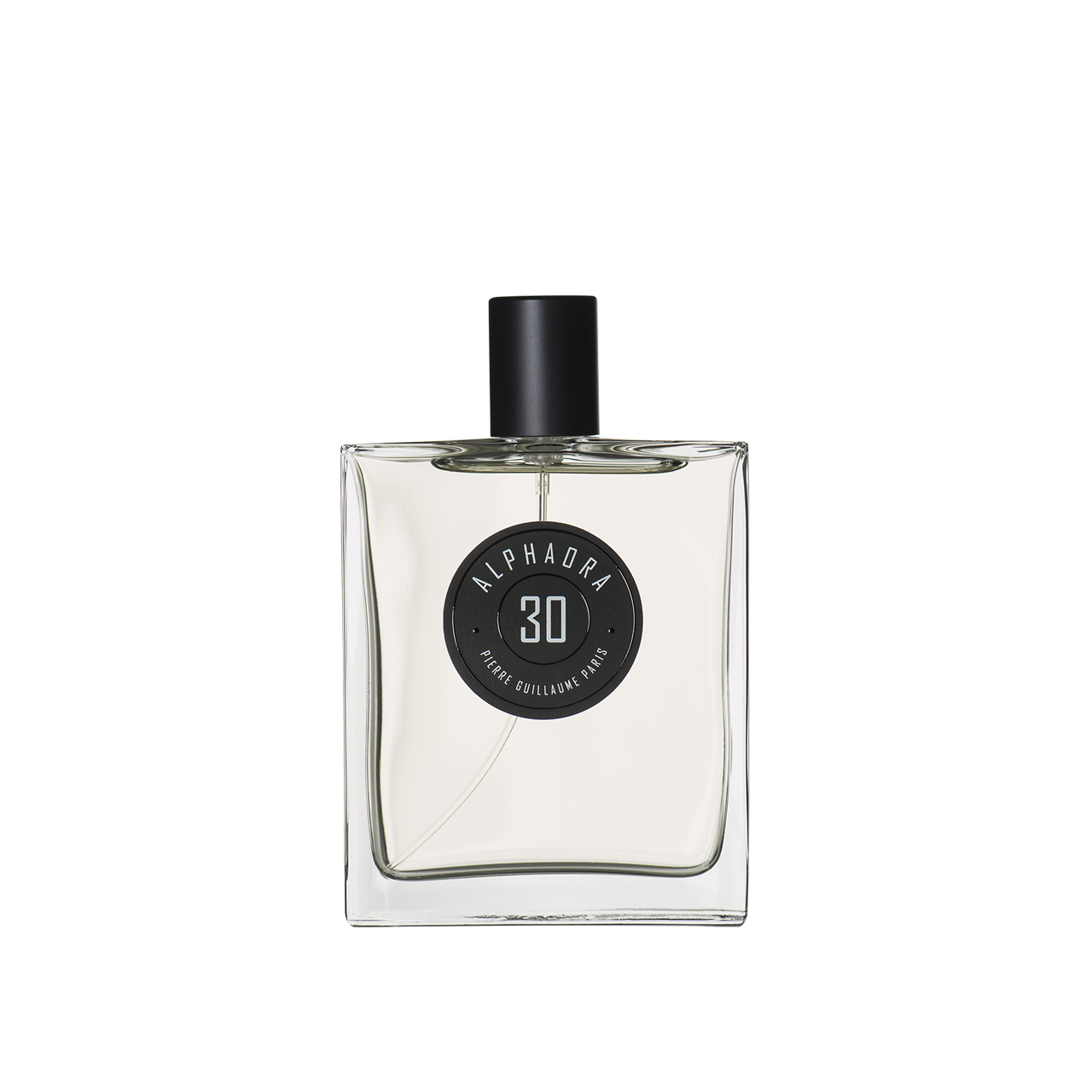 
Pierre Guillaume - 30 Alphaora - Eau de Parfum
Alphaora has a floral heart dominated by an overdose of Hedione that confers volume to a woody-sweet accord, refreshed with citrus and gently spicy notes. This fragrance blossoms in a vapor of ambergris, acting like a magnifying glass on a moss accord of imaginary trees with hints of dried fruit and blond tobacco.
The inspiration of Alphaora: 'Like luminous creatures undulating in the icy sky, the Northern Lights set the polar nights ablaze. Daughters of the solar winds and the Earth’s magnetic field, their ethereal glow gives lichen, moss and snowy vegetation an extraterrestrial aura… Seize this moment, imagine a tree moss metamorphosed by the strange glow of the Northern Lights'. The name ‘Alphaora’ is a portmanteau word, invented in the purest PG style. First work (alpha) on the theme Glam’moss, the quest for a perfume-aura (ora), tenacious and ultra diffusing, where Assam Moss matches the blood orange.